Online games are commonplace these days and with the addition of Facebook games, gaming has become a big part of online activity. Now a new game has come along and it brings a lot of fun with it. Glitch Glitch is a free online game of exploration and quest. The game takes place in the […] 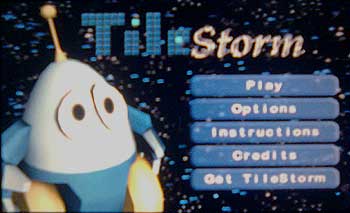 TileStorm is a puzzle game for both android and iOS platforms.  It has a fast 3D graphics engine, is quick to load, installs on the SD card and is a fantastic time killer. The object of TileStorm is to guide your ‘Eggbot’ avatar through a series of mazes which are solved by moving pieces of […]

Some stories slip through the cracks and aren’t covered, so here’s what you might have missed this past week along with a week in review of what we did cover. Top Stories You Might Have Missed AT&T AT&T has decided to eliminate its mid-range text messaging plans and offer only unlimited or pay per text […]

Now that E3 2011 is firmly behind us, let’s take a look at the highlights and most notable announcements from Microsoft, Nintendo and Sony. Microsoft Xbox Microsoft focused their attention this year on games which will support Kinect. Going forward Xbox 360 owners will have access to many more Kinect enabled games. Hardcore gamers will […]

So today was Nintendo’s chance to wow gamers and the tech community. Did they succeed? The jury is still out as the major announcement of the Wii U, the next gaming console from Nintendo, isn’t slated for release until 2012. We’ll dive into the Wii U further but Nintendo has a number of other items […]

Xbox 360 Highlights from E3 2011 Xbox 360 highlights include, search now powered by Bing, YouTube integration and more Halo on the way. Live TV was an anticipated announcement as Xbox is adding Live TV to the platform. While most of the partners reside outside the US at this time, Xbox Live TV will have […]