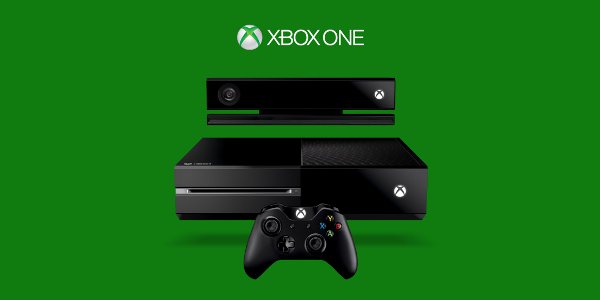 E3 2014 seemed to arrive quicker than normal this year and with current consoles thriving, June 9, 2014 shined bright on the calendar like a treasure loot marker on a map. The treasure? Hopefully a bountiful supply of new games, release dates for favorite and anticipated titles and a unique surprise or two that makes the year between E3 conferences worth the wait.

How the conference starts really sets the tone for the week. Microsoft’s 2013 presentation was at best average and by the end of the day demolished by Sony’s PS4 presentation. But 2014 is a new year. The Xbox One is selling well and Microsoft has again produced a high quality console that gamers are enjoying. Microsoft has taken great strides towards making Xbox One a console that everyone can enjoy while delivering all the home entertainment features Microsoft wants families to have. Two immense moves show just how Microsoft Finally Gets It.

Microsoft Xbox One without Kinect package: $399.00

Only recently was the Kinect made an optional choice. The cries from fans that the Kinect be removed and price lowered accordingly were heard. Many hardcore gamers don’t like or want the Kinect and forcing users to buy it was a bad move from the beginning. The reasons behind not wanting Kinect vary, but the end point is that Microsoft Finally Gets It!

Another recent update from Microsoft involves the dissolution of Xbox Live Gold requirement for accessing media streaming apps on the Xbox. That was always an absurd requirement. If a user is paying for Netflix, then they should be able to access Netflix without paying an additional Gold membership fee to access the app on the Xbox. Microsoft no doubt made a ton of money from that little “pure profit” fee, but alas, Microsoft Finally Gets It.

Those two major improvements lead us directly into E3 2014. Microsoft’s goal seemed to align perfectly with the wants and expectations of fans and gamers. Games, games, games! Microsoft’s entire media presentation focused on one thing – games. Microsoft Finally Gets It!

Microsoft promised a lot for 2014, but we cautiously remind you that these are projected dates which can change at any time.

It’s Call of Duty, what more is there to say? However, it may be that COD is becoming tired. There doesn’t appear to be much new aside from the few new, almost sci-fi like gadgets. COD is still an incredible franchise just don’t expect to have your world turned upside down when Advanced Warfare makes its way to your console.

Evolve is one of the new games worth checking out. FPS style gameplay where a unit of four act as hunters and track down an ever-growing monster. There are 3 monsters with more than a dozen maps to explore. Players can either play as one of the four in the hunter party or play as the monster which adds a unique and exciting twist. Graphics are on par with current Xbox One titles.

The AC franchise exploded with gamers and still resonates as one of the most popular, current franchises available. Unity takes place in 18th century Paris, France during the French Revolution. Don’t expect much change in the way of game physics or gameplay, but AC Unity does bring a new 4 player co-op angle to the game. Like COD, Assassin’s Creed may becoming stale with some gamers (this guy included) which means don’t expect wildly different mechanics in AC Unity.

Huge open world environment is a running theme for E3 2014 games and Dragon Age: Inquisition is no different. The gameplay is fantastic while overall the environment, graphics, battles, cut scenes, etc. are gorgeous. You are part of a 4 person pre-defined party of Inquisitors battling dragons and demons. This is one of our ‘Top Picks’ and should definitely be on your radar.

Wild Hunt is likely the game to watch come February 2015. It promises an immense open world environment with 100 hours worth of gameplay, half of which are through the main storyline. If you’re a fan of RPG style games like Skyrim, then The Witcher 3: Wild Hunt looks to be the next epic adventure. It’s also one of our ‘Top Picks’ that we label as a must have title.

Imagine all 4 Halo games on one disc, playable in sequence, running their original engines and multiplay settings and all available for the cost of 1 game. Imagine that and you know what Halo The Master Chief Collection is. Full 1080p 60fps and as epic as you remember. This package is no doubt expected to ease the wait for Halo 5 Guardians which is slated for 2015, though beta play is available in December.

Other Notable Games from Microsoft’s Presser

Microsoft planned well for E3 and announced their kinect-less Xbox One package and the end to Xbox Live paywall for streaming apps in advance of the big conference. While those two changes are significant, the benefit from announcing them early provided Microsoft a clear path to ensure games dominated their E3 presentation.

When all was packed up and done at E3, Microsoft came out on top because they focused on what gamers really want – Games.