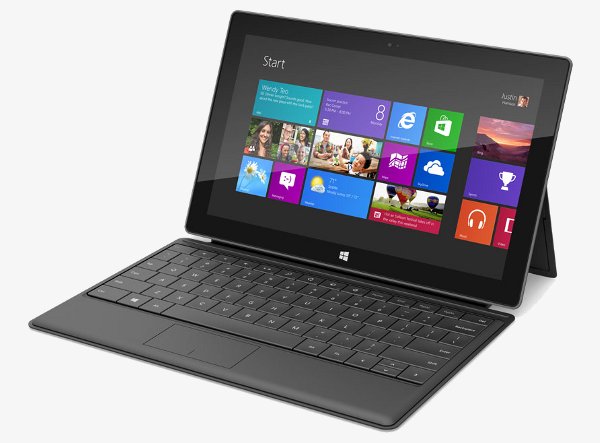 6 Reasons to Get Microsoft Surface Instead of the iPad

Forget the bulky desktops and laptops, the world has gone tablet and the latest entry to the field is Microsoft Surface. Within less than half a year, it is already causing a big storm, giving a competitive edge to the tablet lord, iPad, from the looks to the processing power. Hold your horses, don’t thrash me yet, I know the iPad has been around for quite a while and you are used to having yours, me too. Plus the latest iPad is still the thinnest or slimmest tablet around, but after about three weeks with the Surface I can authoritatively tell you to drop the iPad. Why? Let me give you not one, not two or three but six top reasons to get yourself the Surface.

Just out of the box, Microsoft Surface boasts a very sleek look made from VaporMg. This rugged yet beautiful magnesium based material holds the Surface together and the finishing is just in a class of its own, you can spend a while just looking at it.

Made from the same material as the casing, the integrated Kickstand supports the Surface giving a hands free entertainment as it can comfortably rest in a table surface or even on the laps as you watch the latest movie. When not in use, just flip it back and it disappears into the casing, you won’t even know it is there.

These are full size QWERTY keyboards that also acts as protective display cover for the Surface. They are available in many vibrant colors and include a touch pad. The touch cover keyboard is pressure sensitive and thinner than Type cover which has a tactile cover with real physical keys. Both comfortably attach to the Surface via a magnetic strip. Another unique feature is the gyroscope and accelerometer that can determine whether to accept or not accept input based on the orientation.

The Surface comes bundled with 2 gigabytes of RAM. This provides for swift work and play compared to the latest iPad which comes with just 1GB.
The default internal hard disk storage capacity is either 32 or 64 Gigabytes; this is somewhat an industry standard but what put Microsoft Surface ahead is the microSD slot for storage expansion. The competition does not offer this choice.

The Surface ships with either Windows RT or Windows 8 Pro. Windows RT has been designed specifically to run on the tablet and it includes Microsoft Office 2013 Home edition and Student RT. The other alternative, Windows 8 Pro will allow you to run third party programs like media players and other utility applications you are used to having in your Windows based PC.

Extra Ports and built in Speakers

The Surface is fitted with a dedicated charger port. Also it has extra device support through an integrated USB 2.0 port. A connection to an external monitor is made available through the HD video out port and the inbuilt stereo speaker just seals the deal.

This article has been written by Lester who is a contributor for Who Is Hosting This? where you can get some useful resources to help you compare hosting.