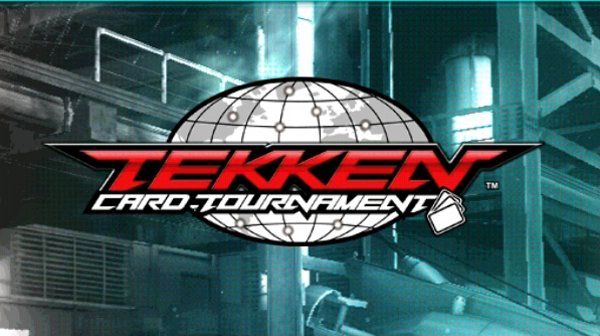 Tekken Card Tournament has emerged from beta for mobile and we’ve taken it for a spin. Fans of Tekken likely remember spending hours at the arcade or in front of a console mashing buttons, seeking a perfect combo that would devastate an opponent.

This new twist involves more brains than brawn to save players from inevitably sore fingers. 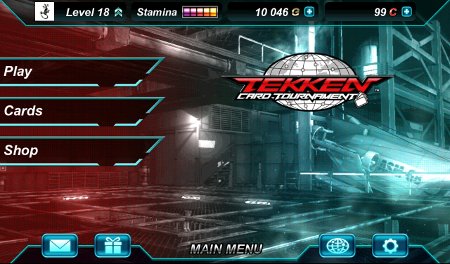 For those unfamiliar, Tekken is a fighting game where it pits opponent versus opponent in a duel to the finish. Tekken Card Tournament (TCT) is similar in that players use cards to determine their action, whether it be Focus, Strike or Block.

TCT is more of a strategy game than a fighting game. Players must not only decide their next move, but also anticipate their opponents. Countering and receiving acceptable damage during turns is integral to mastering the game.

The rub is this, TCT has issues. Some issues are bigger than others, but let’s take a look at what works in TCT first.

While the graphics aren’t groundbreaking, they are sufficient. Battle scenes are mediocre, but not choppy or fragmented. Could they be better? Yes. Are they detrimental to the game? Not in the least.

Each deck is quite large. Players can only use 15 at any given time, but the decks themselves are more than triple that. Collecting cards is a bit of a side mission and of course the more cards collected, the larger the character’s skill set.

Each set is character appropriate and though the variety could use some work, they are different enough to make things interesting. 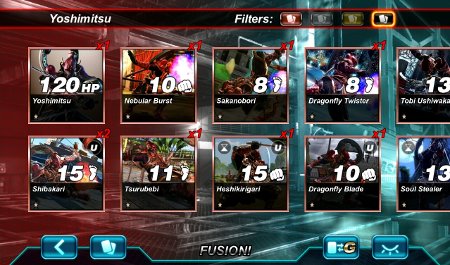 TCT almost had to have PVP built-in to be worth the download. Thankfully it is. 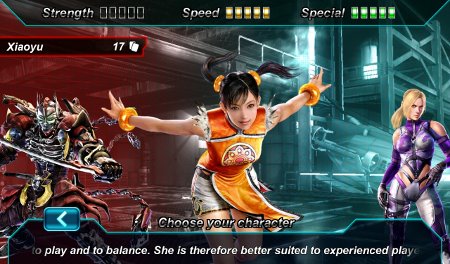 The process of combing multiples of the same card to form a new, more potent card. The fusion outcome is predetermined, but the feature still delivers a bit of fun and achievement.

TCT from day one has had some recurring problems that the developers are working on. We acknowledge that and expect many of the PVP problems to be resolved completely very soon. Having said that, TCT was released before it was ready and those who jumped in early have had to live with the pain for the gain.

For the first week following the official release, the server was up and down more than a yo-yo. That meant no PVP or if there were server hiccups during a PVP match, loss of points.

Note: TCT developers have consistently been addressing this issue and significant improvements have been made.

TCT is full of in app purchasing to improve characters. Chief among them the use of credits which can be used to buy card packs and stamina refills. Prices range from .99¢ to $99.99 for batches of credits.  If you plan to pursue lengthy gameplay in TCT, then get ready to invest some money.

Credits are showered onto new users in the beginning with bonuses and early level perks.  After that, they are extremely rare.  Players can expect to receive them at each new level and the infrequent random reward bonus.

All those things would be fine, except that the pricing for Stamina refills and Card Packs are overpriced.  Stamina (more on stamina below) for example can cost 18 credits to refill 100%, but players don’t start receiving 18 credits for a new level until after 15.  Card Packs cost between 150 and 400 credits.  Do the math and it’s easily visible that collecting cards and improving characters will be a mind-numbingly long process. 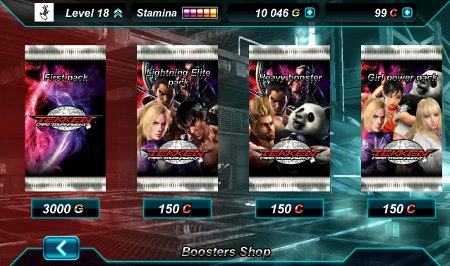 For many of the same reasons as Credits.  Simply put, the rewards are too small per battle.  Card packs cost 3k gold, while specific card purchases start at 5k gold.  Card Fusion starts at 5k gold.  Per battle gold reward for a Medium level battle?  A mere 144 gold.

To be fair, there are a lot of gold bonuses and rewards. Even so, purchasing a single card at 5k depletes the bank fast, not to mention the 50k for more potent cards.

This has to be the most ridiculous feature of TCT.  What its purpose is, we can’t say.  Essentially each character has a Stamina bar which decreases after every battle.  Players can only play 5 battles in succession without refilling or waiting for Stamina to refill on its own.

Battles last roughly 3 minutes.  Each Stamina bar (5 in total) takes anywhere from 20-30 minutes to refill on its own.  So 15 minutes worth of play and 125 minutes on average of waiting.  Players can opt to refill their Stamina with credits, but they are rare and are better used on Card Packs and additional decks (100 credits each after 3 free decks).

The whole idea of Stamina is baffling.  Perhaps it’s a measure put in place to curb server overload by artificially forcing players to stand down and not play.  That should only be a temporary measure though.  Stamina appears as though it’s a fixed part of the game.

It appears TCT will have the option to scan in real world cards purchased from retailers.  We see this as a non-starter and think Namco Bandai should revisit the cost of shipping, packaging and factory maintenance versus delivering more varied Card Packs in game.

The thinking is that, real world cards will add something to the game or make it more desirable.  It won’t.  Move on.