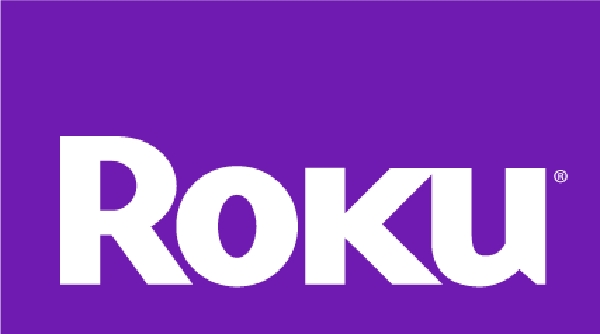 Since our two part series on the Roku was released, there have been a number of positive responses to the information and overall product that Roku provides.  In Part I we covered the basic functionality of the Roku XDS, while in Part II we discussed the content and what viewing options to expect.  As with any review, there are still some unanswered or specific questions that readers want answers to.  In our third and final installment in this review series we examine some of the questions that maybe weren’t answered or need more clarity.

Roku provides a channel listing on their website which lists the channels available in their channel store. You can view the listing at http://www.roku.com/roku-channel-store. What you find on the Roku channel listing page is likely to be incomplete at times.  The reason, presumably, is because new channels are added regularly and so the list may be incomplete. Another reason is due to what Roku calls its ‘Newscaster’ channel. There are more channels than just the major networks with their news broadcasts. Channels like PBS and Currentv are available through the Newscaster channel. So while you may not see a specific channel, it doesn’t necessarily mean it doesn’t exist. Which brings us to the second part of this answer.

There are channels that can be added to your Roku box which are not shown in the channel store.  Generous developers have taken the time to develop Roku channels that are popular and/or sought after. Channels like HGTV, SiriusXM, FoodNetwork and others are available for the Roku by adding a code to your online Roku account. The aforementioned channels can be found at http://www.permanence.com/roku/.

While this is not a complete list, it should give you a better idea of the content depth available.

Question 2: How much do the channels cost?

For the most part, the channels are free with the exception of games (Mah Jongg, etc.) and a small handful of others. You pay once for the Roku box, then add channels as you wish. Service channels such as Netflix, Amazon and others are free but the service those companies provide is not. As an example, the Netflix channel is free but to watch instant movies you need to have a paid Netflix account.

Mostly this answer will depend on the channel and content providers/owners. For movies, Amazon will have the most up to date DVD releases for rental viewing. Netflix has a huge library but can only display movies which the content providers, movie studios, rights owners or whichever allow to be broadcast via streaming device. The same applies to any streaming device, whether it be Roku, streaming blu-ray player or other.

Television has a wide variety of choices and we couldn’t answer every question involving TV even if we tried.  Generally speaking, if Netflix streams the shows you watch then the current season will air a season later. Hulu Plus and Amazon have current episodes usually within a day or two but have their own caveats. Amazon rents the episodes, so you will pay per episode. Hulu Plus content was discussed thoroughly in Part II. Other items like World News from the major networks have varying times but in particular, Nightly News (NBC) is viewable the same evening it airs.

This will depend on the channel. Netflix for example is available indefinitely. Newscaster shows like World News and others have several past episodes available but will not hold them forever. The only reason that content would suddenly disappear is if it has either expired or been pulled from streaming content by the provider. If content is pulled, it will affect Netflix streaming availability.

Question 5: Can I use a Roku box without a wireless connection?

Yes. You will need to run an ethernet cable from your non-wireless router to your Roku box. This is an inconvenient method so we recommend upgrading your home network if possible to a wireless one. You can purchase a wireless router from Amazon.com.

Question 6: Can I Jailbreak a Roku?

This question really doesn’t apply, but the short answer is no.  There is no need to try such a modification since you can simply create your own channels for addition to the Roku box.  If you’re interested in creating your own content and channels, then check out the Developer Kit at Roku.com.

Question 7: What shows are available through the Newscaster Channel?

The total amount of shows available are extensive and change from time to time.  We aren’t going to list all the shows available because the size of the list would make such a listing impractical.  However, here is a list of all the channels available through the Newscaster feed:

Update 2012: Many of these channels are now providing their own separate channel. For example, both Fox and NBC have moved their content to their own channels on the Roku.

Keep in mind that some of those channels have their own separate Roku channel, such as Fox and CNET, so content will vary and may change in the future.  The major networks all have their traditional evening news shows along with specialty programming focused towards news broadcasts and current events.

Question 8: Can I Watch Basic Cable on the Roku?

The Roku box is not a form of cable.  The Roku delivers channels, similar to apps on a smartphone, whereby those channels stream content to your television.  So for example, if you want to watch ‘Castle’, an ABC show, you would access the Hulu Plus channel on the Roku and play a ‘Castle’ episode.  Read ‘Cut the Cord: Replace Cable with Roku, Part I‘ to get a better understanding of the Roku box and ‘Cut the Cord: Replace Cable with Roku, Part II‘ for more explanation on channels and content.

No.  You will need a separate wireless router in order to benefit from the Roku wireless connection.

As is the case with all media streaming, especially video based, high speed internet access is recommended.  Our opinion is that the Roku should not be attempted without high speed access.

Question 12: How does Roku work with Comcast and other cable providers?

The Roku box has no interface or connection to cable companies.  The Roku is a standalone device that supplies streaming video feeds to your television via your internet connection.  Read ‘Cut the Cord: Replace Cable with Roku, Part I‘ to get a better understanding of the Roku box.

Question 13: Can I use headphones with the Roku?

Yes. The Roku 3 comes with a headphone jack built directly into the Roku remote control, allowing you to enjoy shows or music while your partner sleeps or is otherwise in need of quiet.

Question 14: I get a green or other color on screen when I try to use the Roku?

This phenomenon is most typically associated with a connection disruption between the HDMI cable and television. Simply unplug the HDMI from the TV and replug it in to correct the issue. For instances when that trick doesn’t solve the problem, we recommend a reboot of the Roku (unplug/replug the device from power outlet).

Your Thoughts and Comments

What did you think of our 3 part series on the Roku? Do you have a Roku experience you’d like to share? Did most of your questions about the Roku get answered? Please let us know in the comments section!

If you enjoyed or found this article useful, please show us some support by liking us on Facebook, following us on Twitter or by sharing us on your favorite social website. Thanks!